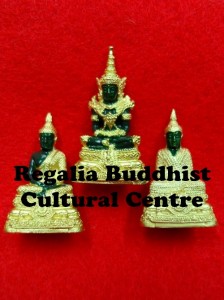 Phra Kaew images and amulets are believed to bring about success and prosperity to believers.  Devotees in Singapore and Malaysia usually prefer the Buddha image adorned in the summer cloak but the Thais prefer a complete set of three representing the three seasons which symbolize success and prosperity all year round. Apart from these, it is also believed that reverence of the Emerald Buddha bestows authority on the believer and helps in overcoming dangers. 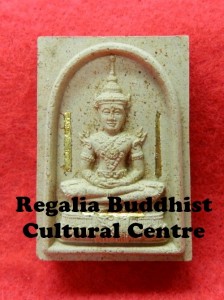 Wat Phra Sri Rattana Satsadaram, or more commonly known as Wat Phra Keaw, houses one of the Buddhist treasure, the Emerald Buddha or Phra Keaw Morakot, in its ordination hall. The sacred Buddha image is officially known as Phra Buddha Maha Mani Rattana Patimakon. It is carved from a single block of emerald and adorned in one of the three seasonal cloaks (summer, rainy season, and winter) that are exquisitely made from gold. The costumes changing ceremonies take place three times annually during the 4th, 8th, and 12th lunar months and are personally performed by His Majesty the King to bring about good fortune to the Kingdom and its people. It is enshrined on a traditional Thai-style throne made from gilded-carved wood of which is known as Busabok in Thai. The Royal Monastery is located in the historic centre of Bangkok within the premise of the Grand Palace.

The exact origin and history of the Emerald Buddha hitherto remains controversial. There are many versions of claim. One version propounded that the sacred Emerald Buddha originated from Pataliputra in India around 43 BC where it remained for three centuries before it was moved to Sri Lanka. It was claimed that the Burmese King Anuruth, in an attempt to strengthen Buddhism in Burma, sent a mission to Ceylon to receive the holy image and other Buddhist scriptures. However, during the return voyage, the Emerald Buddha’s image was lost in a storm together with the ship and crew sent out by the Burmese king. It was not explained how the sacred Buddha image subsequently surfaced in Cambodia when the Thais allegedly took possession in 1432 after they captured Angkor Wat. 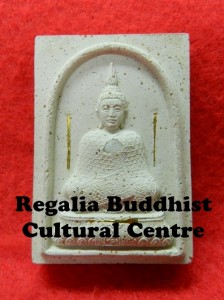 The Various Claims and Contentions

It was said that the Emerald Buddha was moved from Chiang Rai to Lamphang where it remained in Wat Phra Kaew Don Tao until King Tilok shifted his capital to Chiang Mai. King Tilok had the Emerald Buddha enshrined in Wat Chedi Luang until 1552 when an interruption occurred in the Lannathai line of succession when Prince Setthathirah of Luang Prabang was invited to succeed the throne to become King Chaichettha. However, shortly thereafter, King Chaichettha returned to Laos to succeed the Lan Xang throne upon the death of King Photisarath and he allegedly stole the Emerald Buddha image and carted it to Vientiane. 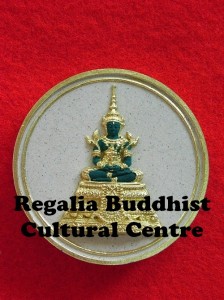